One of the most exciting projects we are involved with in Kipkelion at the moment is the introduction of smokeless stoves.  Here’s how it works:

Traditionally, people in Kipkelion have cooked their food inside their houses using an open fire.  The main fuel they use is wood, and this has all sorts of awful consequences.  The house fills with smoke while they are cooking, and those who are inside the house – especially women and children – often develop lung and chest diseases from breathing the filthy air.  Some people go blind from prolonged exposure to the smoke.

And the open fires are very inefficient in terms of fuel – they consume a lot of wood, and the forests around Kipkelion are rapidly disappearing as a result.  So the environment is being destroyed – and the price of the firewood is rising as well.

Because of the shortage of firewood, people- and again it is usually women and children – are having to walk further and further to reach the forest where they can buy the wood.  Some are spending several hours a day walking to the forest and then carrying back an enormous, heavy bundle of firewood.

So on top of the health hazards, the environmental damage and the expense, getting wood for the stoves is an enormous waste of time for people in Kipkelion.  People would much rather be spending their time on more productive labour, such as growing crops for sale in the local market, or studying to go to college or to master a trade.

Together with our partners, Friends of Londiani, we are promoting the introduction of a simple stove which uses about 70% less firewood than the traditional open fires.  It comes with a chimney which ensures that the smoke is dispelled outside the house and keeps the living areas smoke free.  The stove is manufactured locally using local materials and is installed by local craftsmen – and the cost is only £25 per household!

There are about 40,000 families in Kipkelion who need one of these stoves – we are hoping to fund the introduction of a few hundred stoves as “demonstration models” across the area, and then help the wider population to get their own stoves through micro finance schemes and other incentives.  Training more technicians and craftsmen to build and install the stoves will be an important part of this initiative.

If you would like to help, why not donate the price of a stove or two? 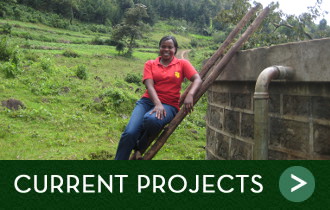 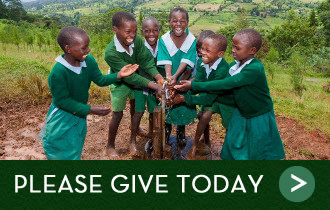